runevision
Rune Skovbo Johansen
☰
On this page I have a collection of include files I have made. They're include files for use with POV-Ray. You are free to use the include files according to the terms described in the document "Terms of use". If you download and use my include files I would like to know what you think of them! Leave a comment if you like, or drop me a mail. :) 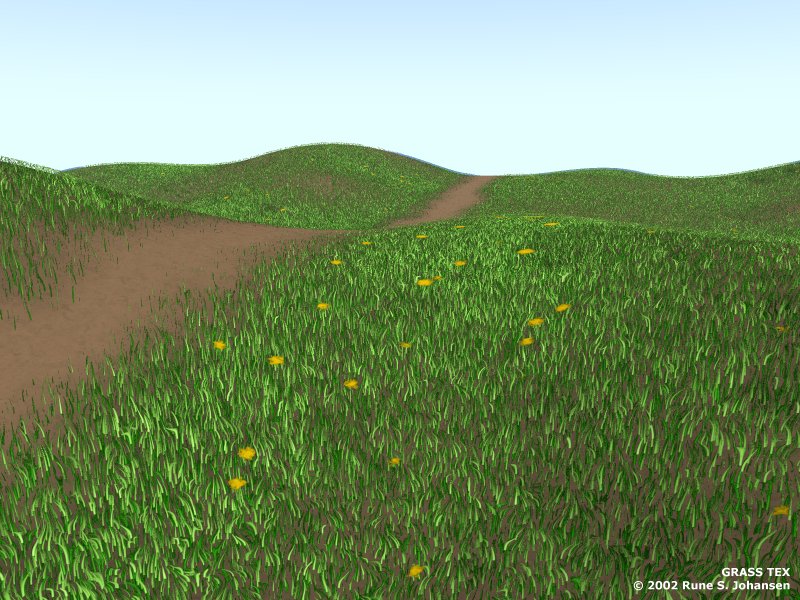 Rune's Grass Tex lets you create textures that look like grass. Using some special tricks, the grass appears to have depth even though the textures are flat. The advantages are that there's no parsing time and no memory requirement, so when creating a large field of grass, it can be much faster than creating grass using actual objects. The disadvantage is that it doesn't look right in a close-up view since the grass is only faked.

The Grass Tex include file is based on a different technique than my earlier Fast Grass Include File. The grass made with the new technique looks better and more realistic, and it also works in animations. 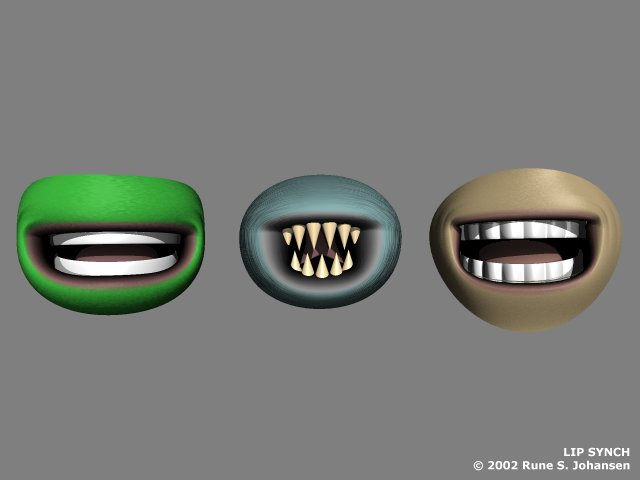 Using four bicubic patches and some custom defined objects, Rune's Lip Synch System can set up, pose and animate a mouth in a toony, yet convincing style. Many predefined phoneme and expression lip poses make it easy giving life to the mouth, and powerful weighted morphing techniques offer great control and precision. See the demo animation on my Animations page. 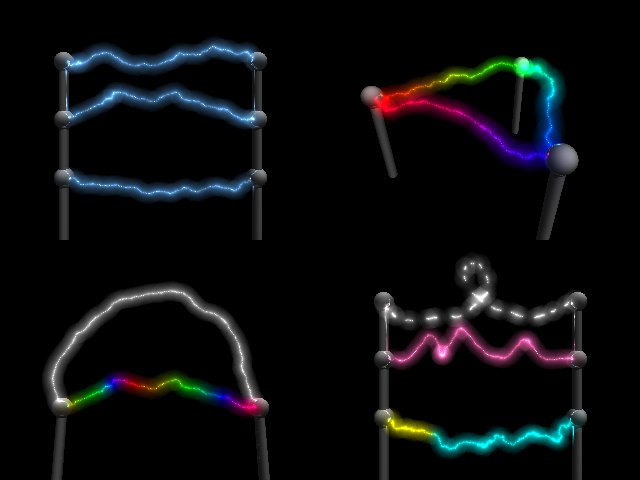 The Electricity Include File lets you create impressive electric sparks between two points. The electric sparks can be anything from realistic to silly. You can make the sparks follow a certain path and you have complete control over the colors. The include file was designed for animation but looks great in stills too. You can find an animation made from the first sample scene on my Animation Experiments page. 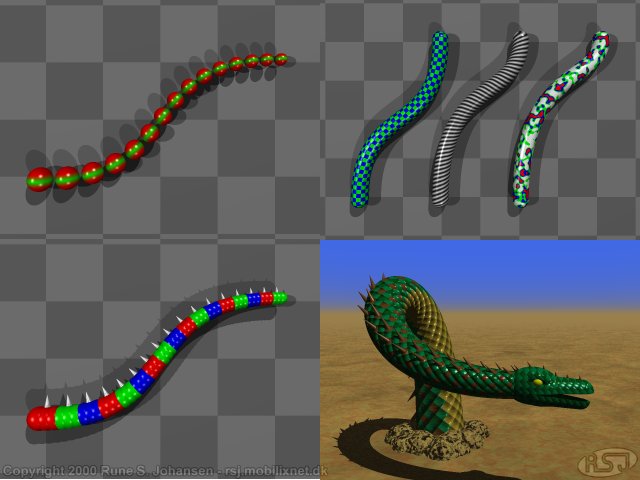 The Inverse Kinematics Neck Include File (or just ikn.inc) allows you to create smooth strings of objects which you can use for long necks, long tails, and many other things. You use it by specifying, as a minimum, end points, forward and up vectors at these points, the thickness in both ends, and the length of the neck. After that you include ikn.inc, and it will, amongst other things, create an array with transformations ready to apply to objects of your choice.
download now | terms of use 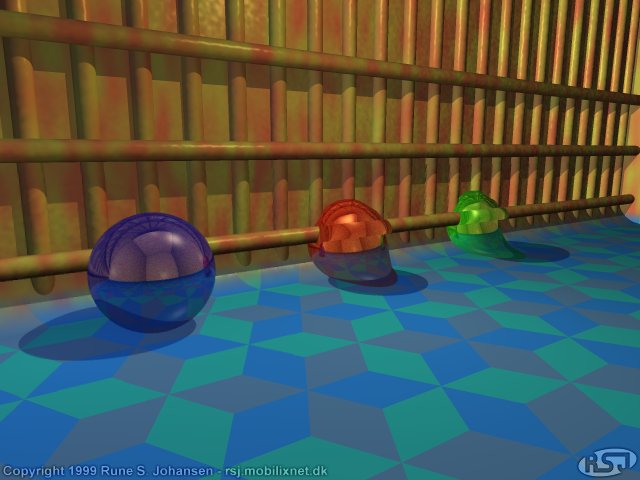 The Illusion Include File lets you apply an image to a surface in such a way that the image when viewed from a certain point is not deformed by perspective, neither by the shape of the surface. You can set the point from which the illusion is complete, that is, not deformed. You can also set the dimensions, orientation, and quality of the illusion.

Update June 2010: Samuel Benge has provided an updated version of the Illusion Include File that adds support for HDR images and also adds a repeat/flip warp to the image, which helps to hide some artifacts. The download link now links to this updated version.
download now | terms of use 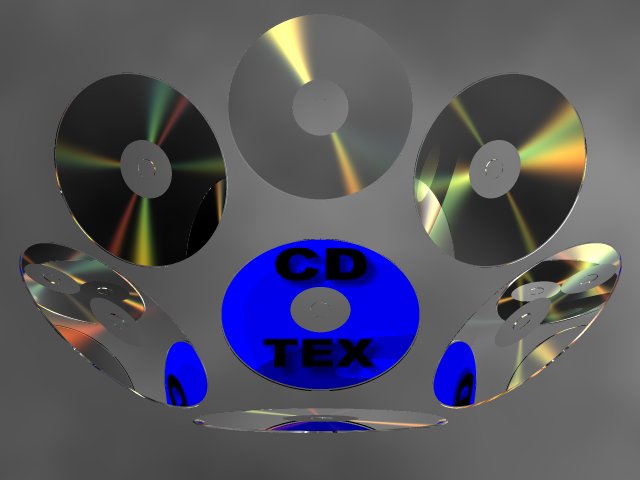 The CD Include File contains a compact disc object which in a highly realistic manner simulates those colored effects you see on CD's. The effect is dependent on viewing angle and the locations of the light_sources in your scene.
download now | terms of use
runevision
Follow