runevision
Rune Skovbo Johansen
☰
Maze Raiders is a fun two-player game I've made together with three other people. You need to sit two persons by the same computer to play the game. (There's no single player mode and no network support.)

The objective of the game is to run around in a maze and collect more gold coins than your opponent, and to shoot him and steal his coins.
Get the game here for Windows:
Download mazeraiders.zip ( 4.19 MB )
Beat your friends and have fun! :D


Maze Raiders was made as an exam project for a class in using computer tools at the University of Aarhus.
download now | terms of use 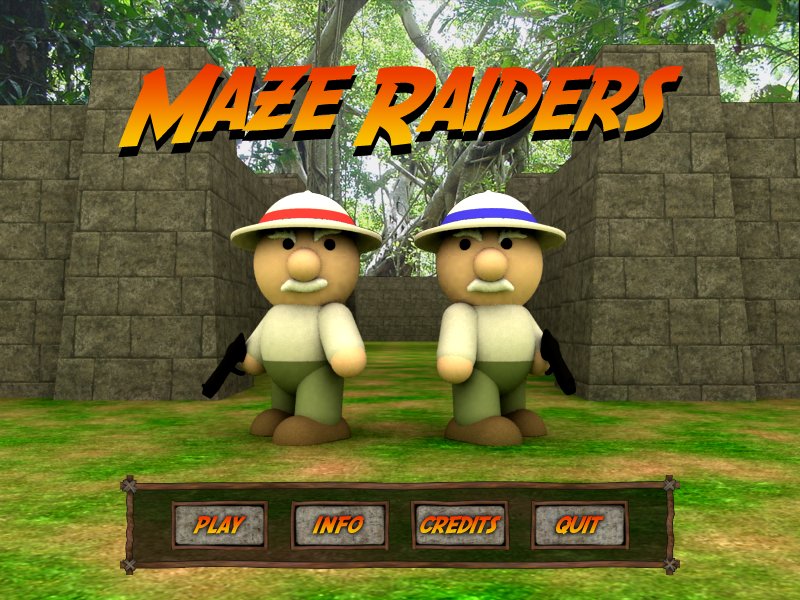 The menu screen beautifully rendered by my team-mate.

Press INFO to get instructions on how to play the game. Press PLAY to play... :)
terms of use 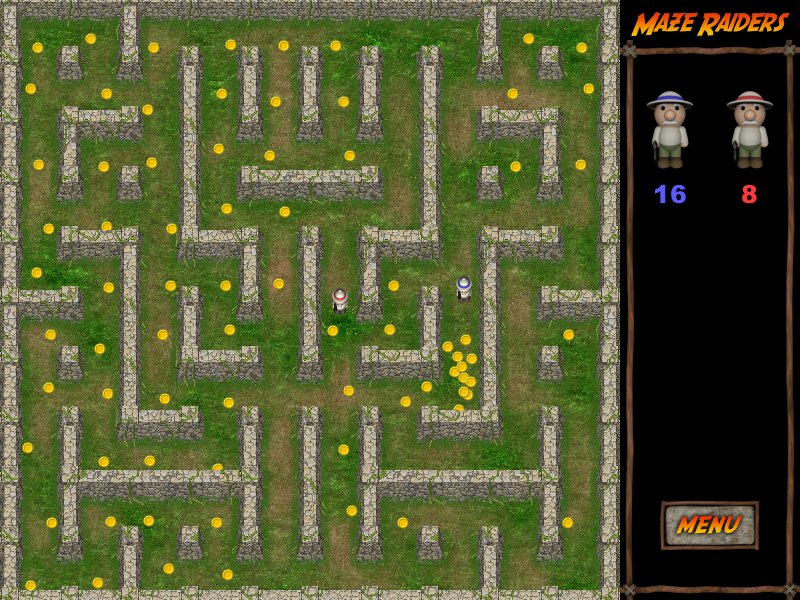 A screenshot from within the game itself. Some of the game features:
terms of use 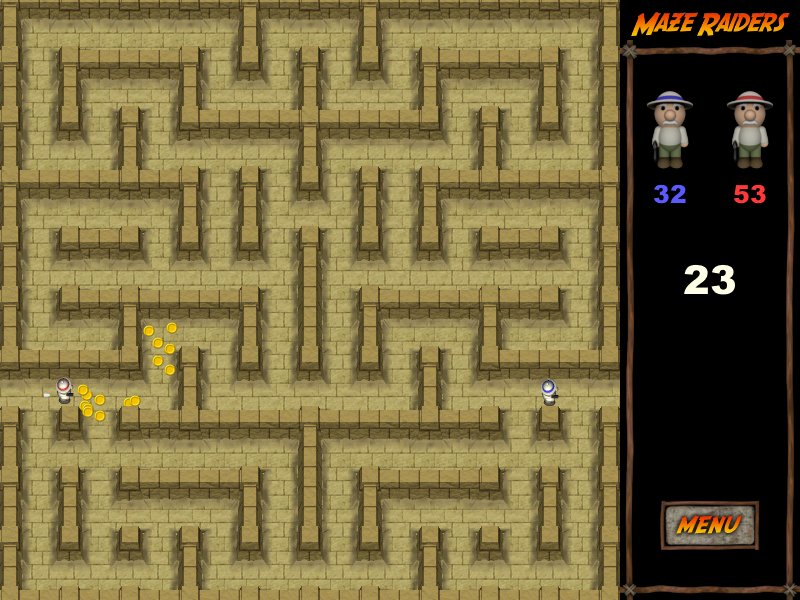 Another screenshot from the game: Some more game features:
terms of use 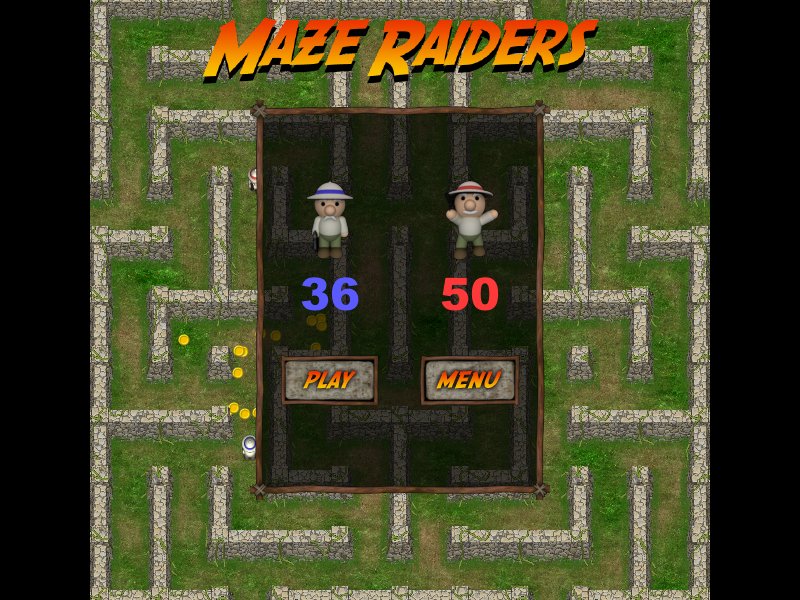 The status screen with the winner and the loser.

Did you lose? Then play again and have another go!
terms of use

The game is made with Macromedia Director and the graphics are made partly in 3d Studio Max by one of my team-mates Kasper Raahauge Carset (www.kasrc.dk) and partly in POV-Ray (by me).

POV-Ray was used to create the graphics in the game itself (not the splash-screen etc.). Due to the scripting abilities I could create a single image containing both players from all four angles, in all eight states of the animation cycle, and this was most useful. The walls in the maze are stitched together from 16 different types of pieces, and these could likewise all be rendered in a single image due to POV-Ray's pixel-perfect control and rendering. Furthermore POV-Ray could easily handle the sheared perspective used in the game by applying a matrix to the camera.

The larger graphics with more details visible were made by my team-mate in 3d Studio Max where modeling is easier.
runevision
Follow